mother "goddess" anjelique of the demons

THE CATHOLIC MASS VERSUS THE ABOMINATION OF DESOLATION 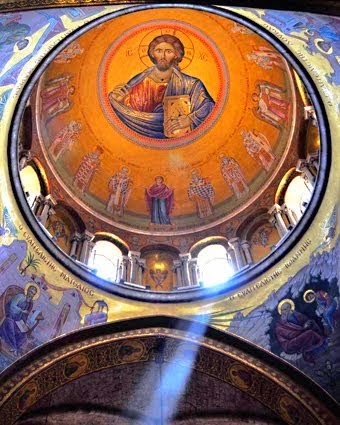 Jesus Christ the only way truth and life, the only gate to heaven - click on picture - and see: The Justice of God: Parousia 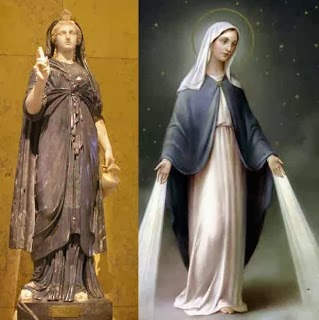 click on picture
mother "goddess" anjelique of the demons
Ps. 54:16 Let death come upon them, and let them go down alive into hell. For there is wickedness in their dwellings: in the midst of them. (DRBO)


The Gates of Hell prevail over all Apostates

See:
And see:
They are from the: 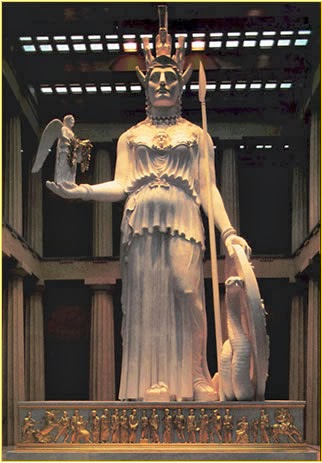 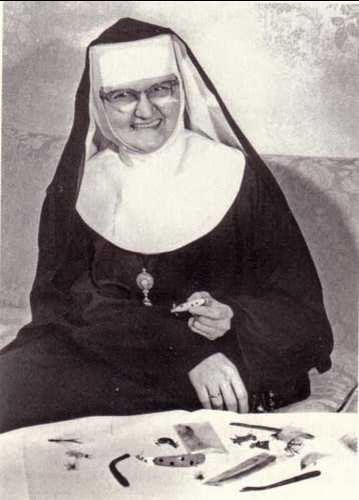 The Eternal Word Television Network (EWTN) is the dominant Vatican II so called Catholic religious television and radio network in the United States. Founded by Mother Angelica in the early 1980s, it is headquartered in Irondale, Alabama. The network is operated by a Vatican II Franciscan order. EWTN's programming consists of shows of many different genres, such as talk shows, documentaries, newscasts, music, and live broadcasts from the Vatican. Everyday, there is a Vatican II New Mass broadcast live from Irondale church and monastery. Available in over 200 million television households in more than 140 countries and territories, EWTN Global Network is by far the largest "religious" media network in the world.


Born Rita Rizzo, and reared in Canton, Ohio, Mother Angelica experienced poverty, a broken home, maltreatment, multiple physical ailments, jealously, back stabbing, betrayal—she was even shot at—but nothing could stop her determination.
In her lifetime, Mother established the Poor Clare Nuns of Perpetual Adoration and gave birth to the Franciscan Friars of the Eternal Word and the Sisters of the Eternal Word. She built the Shrine of the Most Blessed Sacrament, as well as the largest shortwave network in the world and the world's first so called Catholic satellite network.

There was the time when, at age eleven, she was crossing a street only to see two headlights staring her right in the face. She thought she was dead. Incredibly, she was able to jump high enough that she avoided being hit. The driver called it "a miracle," while Rita and her mother dubbed it a graceful "lifting."

Her stomach ailments were so bad that she was forced to wear a corset. The doctors tried to help, but to little avail. Then she met an alleged stigmatic, Rhoda Wise, and that's when things began to change. One day, when she was 20, a voice told her to get up and walk without the corset, and she did just that. Immediately, her suffering was relieved. Her doctor, of course, insisted it had to with his treatments, but Rita knew better.
Her mother wasn't too happy when she learned that Rita had decided to enter a Cleveland monastery. After all, she had first been abandoned by her husband, and now her daughter was leaving her as well. But in time she would come to accept it. As for Rita, her failing knees (and the five stories of steps she had to traverse at the monastery), led to her being dispatched back home to Canton.
After nine years in the cloister, Sister Angelica took her solemn vows. Her legs and her back were so twisted she could hardly walk (she wore a body cast), leading her to beg God to allow her to walk again in exchange for a promise: she would build a monastery in the South. What she wanted was a "Negro apostolate," a cloistered community in service to poor blacks. After undergoing spinal surgery, and after being rebuffed initially by her bishop, she got her way; approval was given to build a monastery in Birmingham.
In 1978, her life was forever altered when she was introduced to a TV studio in Chicago. Instantly, she got the bug: she had to have one of her own. Then came the first of many disappointments dealing with the so called bishops. When she contacted them about a Catholic TV show, none replied. Undeterred, she secured funding from New York philanthropist Peter Grace, and in 1981 got a young lawyer, Bill Steltemeier, to craft a civil corporation called the Eternal Word Television Network. Bill would remain a loyal and talented ally throughout the tumultuous times to come.
When word reached Rome that a cloistered abbess was traveling the country in pursuit of her broadcasting dream, she ran into trouble with both American bishops and Vatican II officials. But thanks to "Cardinal" Silvio Oddi, head of the Sacred Congregation for the Clergy, she prevailed.
It was never easy. Every time Mother Angelica thought she was in the clear, another so called bishop would raise objections to her venture. Indeed, the bishops tried to outdo her by launching their own effort, the "Catholic Telecommunications Network of America" (CTNA). It was clear from the beginning that Mother Angelica was seen as a threat: EWTN had a "traditional" orientation and CTNA took a modernist stance. EWTN won. CTNA collapsed. We will now examine the so called "traditional" message that was broadcasted, and that are still broadcasted, from the so called "Catholic" EWTN Network.

EWTN: The Global "Catholic" Network and the Charismatic Movement
"In the chapel, [the Charismatic] Schlemon and the [Charismatic] priest laid hands on Mother, invoking the baptism of the Holy Spirit."1 About a week later "a foreign tongue spilled from Mother Angelica's mouth inexplicably. When Sister Regina came to deliver a glass of orange juice, Mother tried to say thank you, but 'something else came out.'"2 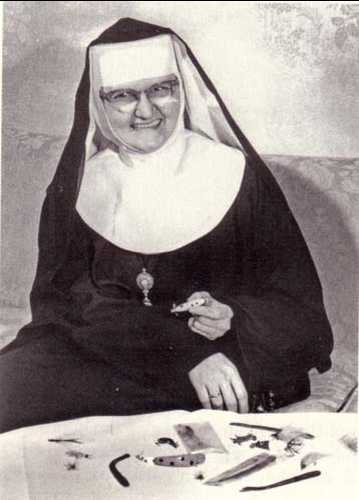 Labels: Charismatic Movement Exposed, Jesus Christ the only way truth and life the only gate to heaven, mother "goddess" anjelique of the demons, Mother Angelica